Join the Penn and Wharton Clubs of Houston as the hometown Houston Astros take on the Toronto Blue Jays. Jeff Luhnow, the Astros General Manager and Penn and Wharton alum, will provide us with a team overview before we take our seats for the first pitch. 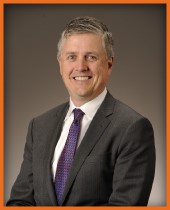 Jeff Luhnow was named the 12th General Manager in Astros franchise history on Dec. 7, 2011. Since Luhnow took over the baseball operations functions, the Astros player pipeline has become one of the best in the industry and the results are beginning to take root at the Major League level.

Prior to joining the Cardinals, Jeff founded Archetype Solutions, where he served as President and COO. His background also includes stints as General Manager and Vice President of Marketing at Petstore.com, and five years with the global management consulting firm of McKinsey and Company.

Jeff is a graduate of the University of Pennsylvania with dual Bachelor of Science degrees in economics and engineering. He also earned his MBA from Kellogg Graduate School of Management at Northwestern University. Jeff is a U.S. citizen, but was born and spent more than 15 years in Mexico City, Mexico, and is fluent in Spanish. He and his wife, Gina, reside in Houston. Jeff has three children, Elizabeth, Jeffrey and newest addition Henry.